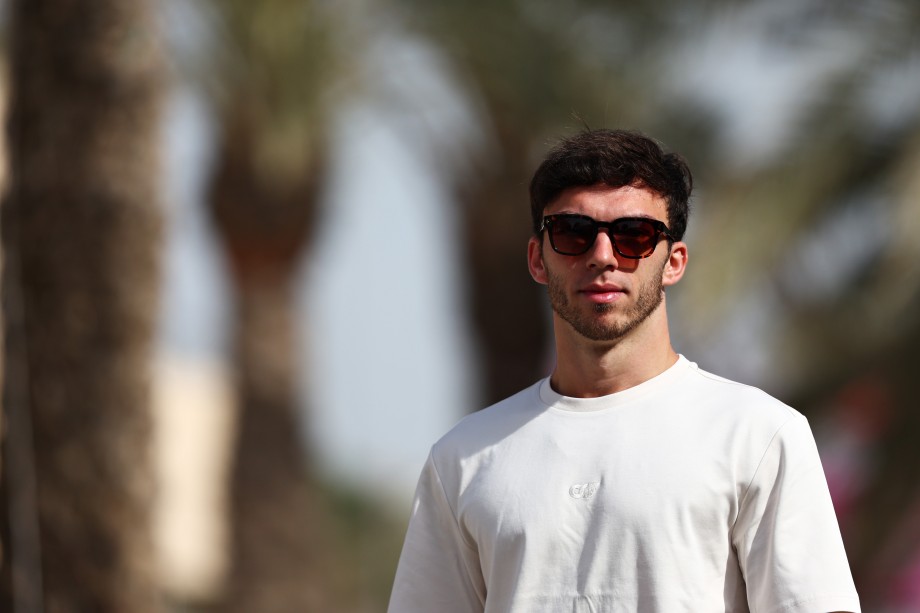 The way testing went was positive, we had no reliability issues and we got through all the work we had planned. However, it’s still too early to know exactly where we are in terms of performance and we won’t get a first idea about it until Saturday afternoon in Bahrain.

The new car gives you some very different sensations to the previous one, but in some ways, it’s not so different in terms of what you feel when driving. The car is heavier so you slide a bit more and the tyres are bigger, which changes visibility from the cockpit. The car is also stiffer, but it’s still a Formula 1 car that you have to drive on the limit and that feeling stays the same.

Every area of the car has changed in terms of what you have to get used to: on the aero side there’s a lot to understand, how the underside of the car performs now and the new tyres. So, it is very complex and at this stage there are still a lot of questions concerning how to make the car work as well as possible. These are things we will continue to work on at the first few races of the season, starting this weekend.

I think with the new cars, it is easier to follow another one closely. At the Bahrain test I had a nice little fight with Lewis for six laps and it was interesting to see how the car behaved and also how the tyres felt while following another car, how much you slide. Overall, I think it will be easier to fight and to overtake than in the past, which is a really good thing.

Within the team, the atmosphere is very good but there’s a lot of work to do to understand these new cars and there’s lots to learn. Our mentality is still the same, to do the best we can, but it’s too early to say if the car will be good enough to give us as good a season as we had last year. This year, Yuki will be able to bring a bit more to the team as he has more experience, he will contribute more in terms of technical feedback and so we have a strong line-up. It will be up to the two of us to get the job done and bring home as many points as possible for the team.

We start the year in Bahrain, where I have gone well in the past. I’m ready and excited to get going. Of course, we have to be open minded in terms of what we can expect. One topic of winter testing has been the “porpoising” that affected all teams. From our side, the situation regarding this was already much better in Bahrain than in Barcelona, so it’s one thing we still need to work on, as it’s definitely not a nice sensation and it shakes your head around, but I’m not too anxious about it. We seem to be working in the right direction. In terms of the track, we know what to expect after three days testing there last week and so we have a clear idea of what we need to work on to have a good race. We have only had six days on track in total and so there is going to be a lot to do, a lot to learn, with the aim of developing the car as quickly as possible.