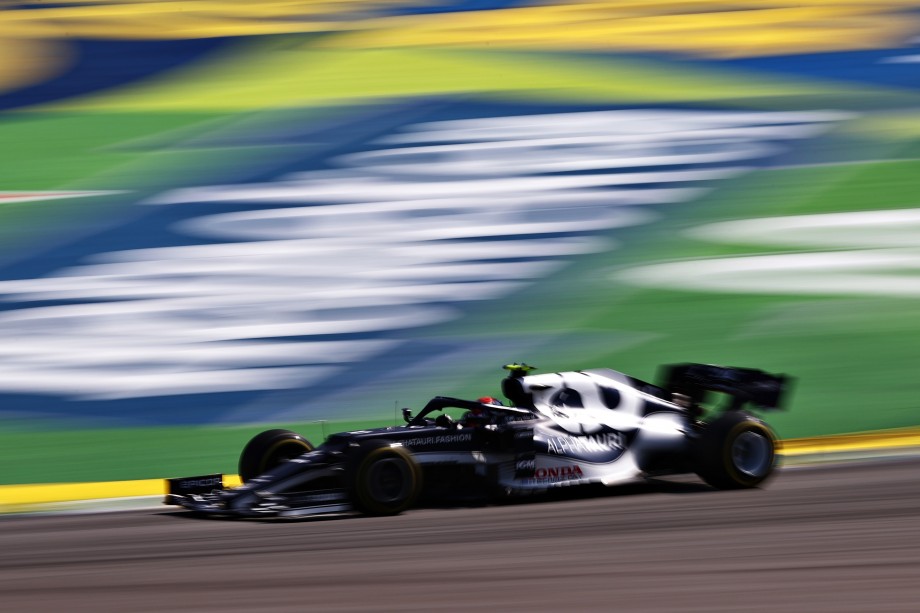 After taking a year off the Formula 1™ calendar, the Brazilian GP is back for the 2021 season. Pierre had a unforgettable 2019 Brazilian GP when he fought off Lewis Hamilton to the chequered flag to finish 2nd. His first ever podium in Formula 1™.

Drivers came into the Brazilian Grand Prix with high anticipation and colourful helmets to match the vibrant atmosphere in São Paulo.

Pierre had one of the best qualifying of the season as he said after overcoming some difficulties in the morning.

Pierre : “Today I’m really, really happy. FP1 was quite difficult for me and I struggled a little bit in Quali too, but every time I went out I managed to find a little bit more, playing with everything inside of the car and making small improvements each time we ran. I managed to put it all together when it counted and I think it was a really incredible lap in Q3 today, so I’m really pleased with that. It’s really amazing for us to be Qualifying right behind Mercedes and Red Bull, it’s a critical moment in the Championship and the team did a fantastic job today. Of course, it’s only Friday so we’ve got two more days. It's going to be pretty intense, but we’ve put ourselves in the best place possible.

“We had a terrible start today, I lost three positions into Turn 1 and just didn’t have the pace to come back at the Ferraris and McLaren. It clearly wasn’t the start of the race we expected, so we’ll look at what we can do better for tomorrow. That wasn’t the easiest day for us, especially as the last few laps on the soft tyre were really difficult.  As you know, it’s never over until the chequered flag, so we’ll look at the strategy tonight and do everything we can to come back stronger tomorrow.”

Pierre was bumped up to a P7 starting grid position on race day after grid penalties had taken place. Pierre managed to avoid any contact and kept it clean going into turn 1. Later in the race Pierre dropped outside of the points but excellent overtaking and perseverance meant he fought his way back in. Including a heated battle with fellow Frenchman Ocon and some sustained pressure on Fernando Alonson to reclaim P7.

A strong defensive performance throughout meant Pierre kept his P7 at this tyre wear heavy track of Interlagos with 4 pit stops and multiple tyre type changes.

After a day of fun and excitement in Brazil, this is what Pierre said in his interview after the race,

Pierre: “I’m really happy, it’s been a very intense race, but I think we can be pleased with today. There were some really nice battles, with Daniel and Seb, then at the end of the race with the Alpines. It was so fun to be racing with them, as we don’t often get to do that in F1. It was of course hard, but today we finished in the best position we could, behind the top three teams, and that’s the most important thing, as we continue our fight for fifth.”

One more race next week in Qatar of this triple fixture of races as we head into the final 4 races of this Formula 1™ season of 2021. 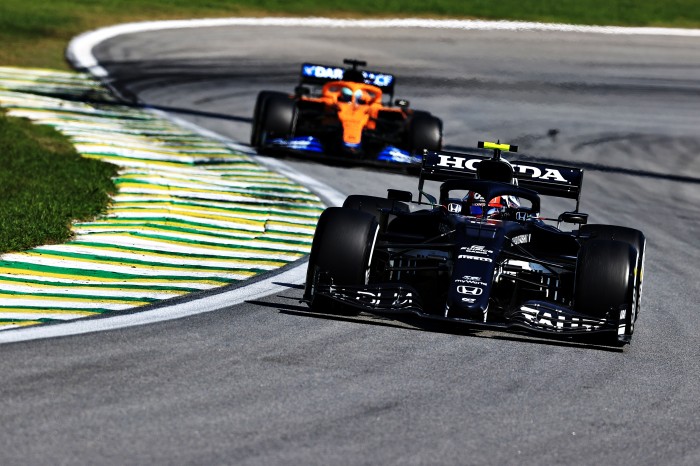 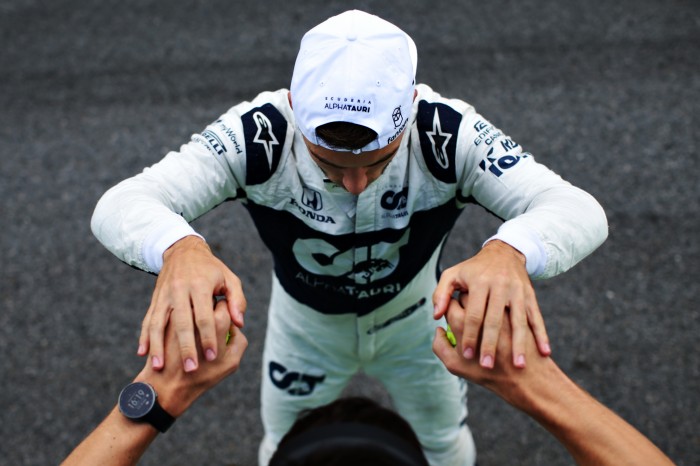