Incident deprives Pierre of a top 10 finish at Monza 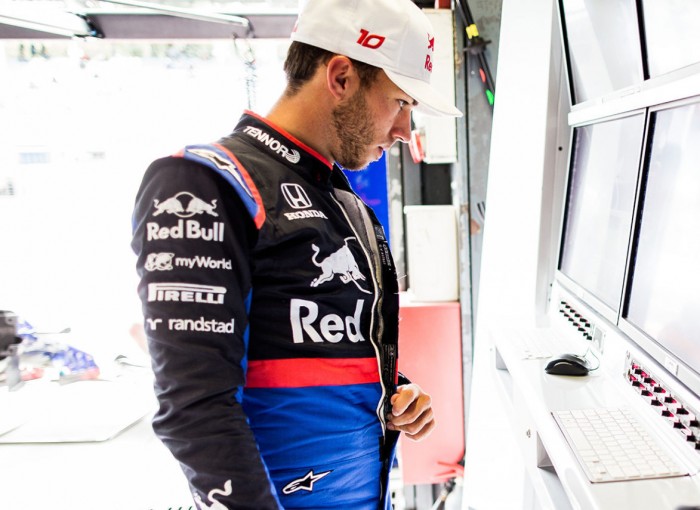 Starting from the back of the grid for the Italian Grand Prix after changing the engine in his Toro Rosso, Pierre was on his way to a points scoring finish when an unfortunate incident deprived him of it.

At Monza, Pierre continued to learn more about the Toro Rosso STR14 and his new work environment both quickly and efficiently. On paper, the specific layout of the Autodromo Nazionale di Monza, known as the Temple of Speed, is not the most flattering circuit for Pierre’s single-seater. In fact, it aids those with powerful engines that produce high speeds as close to 80% of the lap is spent at full throttle. The changing weather was also a key factor last weekend, with the first day having both a wet and dry free practice session. However, both Toro Rosso and Pierre’s excellent work prepared them well for the Grand Prix, recording some strong times with a 10thand 7th place at the end of day one.

Despite his strong pace, Pierre had to start from the back of the grid due to a long-planned engine change, so qualifying was not quite as important but Pierre easily put his Toro Rosso into Q2.

"The team prepared the car very well for me and I am feeling more and more comfortable. This allowed us to put in a lot of laps and work in both the wet and dry track, which was a first for me with the STR14. The 7th best time on Friday and 9th in Q1 clearly reflected the excellent team work. Our race pace was also very good. Although starting from the back, I had the realistic goal of scoring a few points for the team and for my friend Anthoine, an added tribute to the helmet I was wearing that featured his design.”

Pierre made a good start and was 13th on lap 2, confirming his ambition to get into the top 10. Unfortunately, he was the innocent victim in an incident between Vettel and Stroll and, despite a good pit stop, two remarkable stints and the 3rd best lap time of drivers on soft tyres, Pierre missed the points by a few seconds.

"Starting 17th, I knew that I was going to have a difficult race, but it was a lot of fun! The car was very efficient and I was able to exploit its potential and its tyres from the very start. I made up 4 places very quickly and I was confident I would be able to fight for points. But then, on lap 6, I saw Stroll at the exit of Ascari coming back out onto the track! To avoid an accident, I had no other choice than to go across the gravel. It made me lose places, a lot of time and dirtied my tyres. It's frustrating because in the end we missed 9th place by 3 seconds! But we must remember the positives: we are performing better all the time and this weekend the potential was there to make a spectacular comeback and score points starting from all the way back in 17th place.”