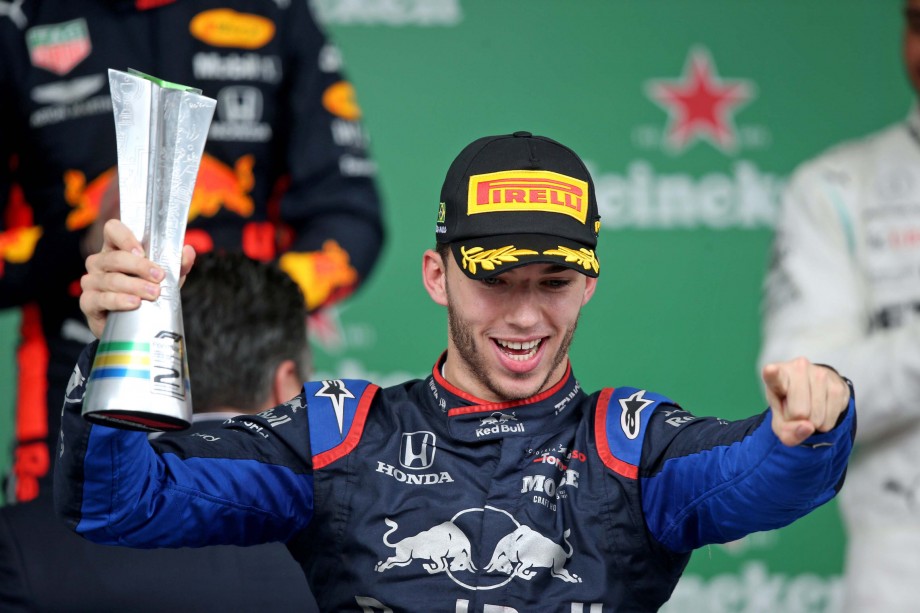 At the end of what turned out to be a breathtaking Brazilian Grand Prix, Pierre secured his first podium in Formula 1. Starting in 6th place, Pierre fought behind the top teams and secured the second best result in Toro Rosso’s history by climbing onto the 2nd step of the rostrum, his very first podium finish in Formula 1.

Pierre started the 20th Grand Prix of the 2019 Formula 1 season with three strong and promising free practice sessions, constantly fighting for places in the top 10 on both a wet and dry track. In qualifying, he raised the bar even higher by taking 6th place on the grid behind the top teams, the fourth time in a row in the top 10.

Pierre made a good start and kept 7th place. for most of the race. He settled into a good rhythm behind the top teams, staying as close to them as possible and opening a gap on his pursuers.

The young Frenchman delivered a faultless race and benefited from incidents of others drivers and race neutralizations to climb up to 3rd position on the final restart. He overtook Lewis Hamilton and fought for dear life against the 6-time world champion to cross the finish line in 2nd place, side by side with the Mercedes driver, just 63 thousands of a second ahead at the line.

Pierre gave Toro Rosso their best result since Vettel’s victory in 2008 and became the youngest French driver to climb onto the podium in F1 history.

“This is my first podium in F1, I will never forget this moment, it's a great emotion! It is one I share with Toro Rosso and Honda, who always give me a great car. I made the most of the car and our strategies and, at the end,  I tried to be clean and on the lookout, and when opportunities presented themselves, I grabbed them with both hands! Lewis came back at me and I pressed the button to have maximum power. Adrenaline and my heart were flat out. It was so intense, it was crazy, I saw Lewis coming back side by aide with me and I prayed he wouldn’t get past on the finish line! It’s hard to describe the feeling, to fight a six-time world champion, all the more on such a historical track. I thought of Anthoine, I would have liked him to be here, we grew up together to live this kind of dream and I dedicate this podium to him as well as to all the people who worked to help me make this dream come true. It is so precious after such a difficult year. We must now work for Abu Dhabi and the future as my aim is to live other magical moments like the one in Interlagos!”. 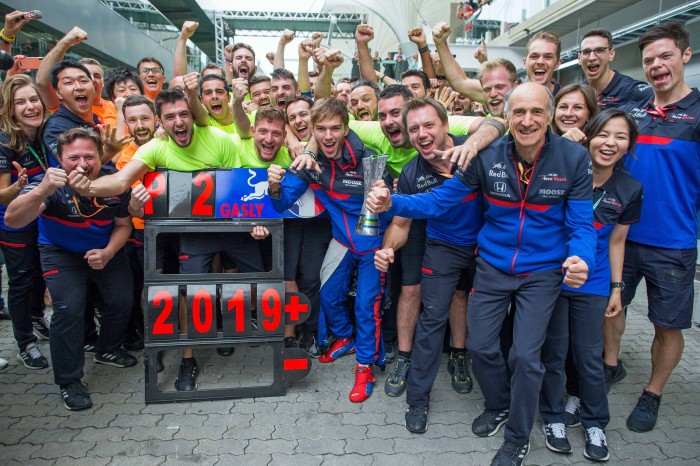 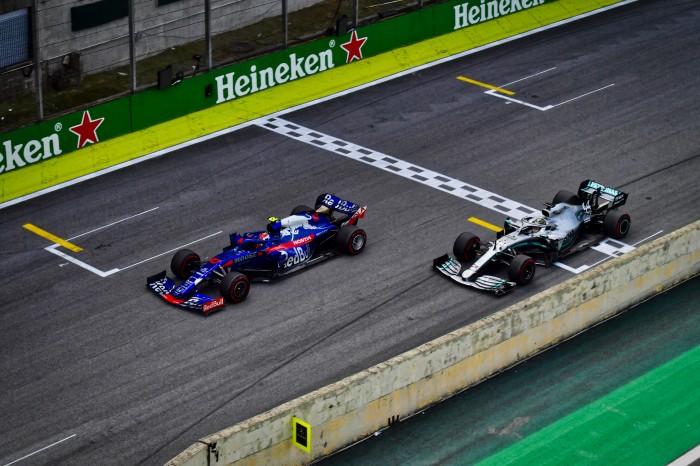 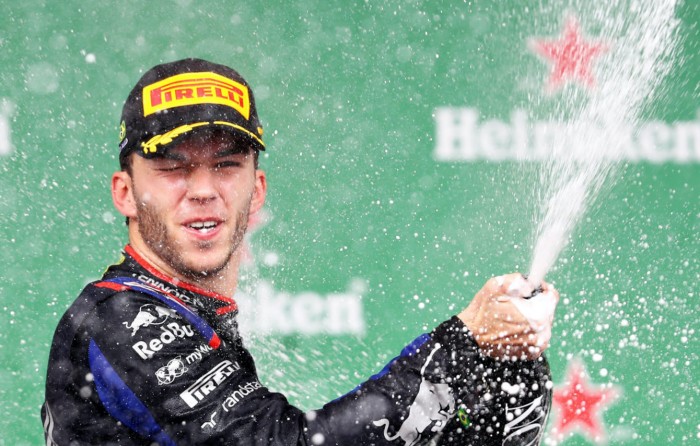