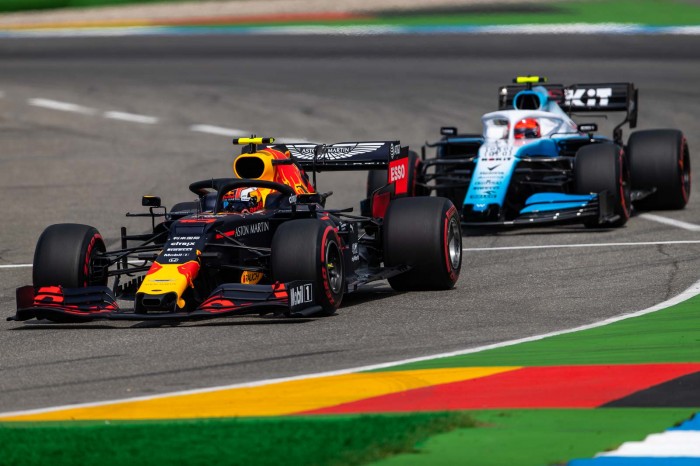 Pierre secured the best qualifying of his career to date (4th) and was close to finishing in the top 5 in what turned out to be an action-packed German GP. The race, held at the famous Hockenheim circuit, saw a total of four Safety Car periods, with Pierre forced to retire with just three laps remaining, a collision with Alex Albon depriving him of a strong finish.

Changeable weather made all the difference at Hockenheim, the 11th round of the 2019 Formula 1 World Championship. Flirting with 40°C temperatures on Friday, the weather took a turn for the worse on race day with heavy showers.

Pierre had mixed feelings in free practice. Despite a good feeling behind the wheel, he struggled to fully exploit the potential in his Aston Martin Red Bull Racing contender. Right at the end of day one at the German venue saw the Frenchman suffer a heavy crash, requiring a long night of work for the team’s mechanics. Pierre kept his composure and put his best foot forward on Saturday when he set the fourth-best time in qualifying. With Sunday’s race taking place on a very wet track which soon dried out, only to have more rainfall later, it was truly a challenging event, even for the most experienced of drivers. Adding to the challenges, it was the first time that any driver uses the new Wet and Intermediate Pirelli tyres in racing conditions.

“Fortunately, I did not run with my race engine and gearbox when I had my accident. I felt sorry for the team that had to work very late into the night to fix the car and get it ready for Saturday. I was very happy to pay them back with a solid 4th place in qualifying! There were still things to improve and I could have done better, but the work done over the last few weeks is bearing fruit, and this good result confirmed that our Silverstone performance was not a one-off. I had a lot of wheelspin at the start due to the slippery surface, the same as the right side of the grid.”

Falling to 8th place in the first corner, Pierre kept his focus and got into a good pace on the wet and tricky track. The first of his four pitstops, made during the first Safety Car intervention on lap 3, played a major role in Pierre's race as he re-joined the race down in 18thposition. Working his way back into P7 by managing four neutralizations in the challenging conditions, Pierre was looking at a top-five finish when he came together with Albon, which forced him to stop with just three laps to go.

“It was an intense and crazy race. We had everything: showers, crashes, safety cars, dozens of pit stops. It was a bit of a lottery, but we did well and we were looking at scoring some good points. Unfortunately, with Alex, we crashed and my front wing was destroyed and I had a puncture. I had to retire as a result and I am very disappointed not to record the big points we deserved after an exciting race that was rich in twists. Sometimes, to be successful you need some luck to know exactly when to change tyres and which ones to choose. But we were fast and we will continue to give the best of ourselves in the second half of the season. Congratulations to the team on this great victory!”. 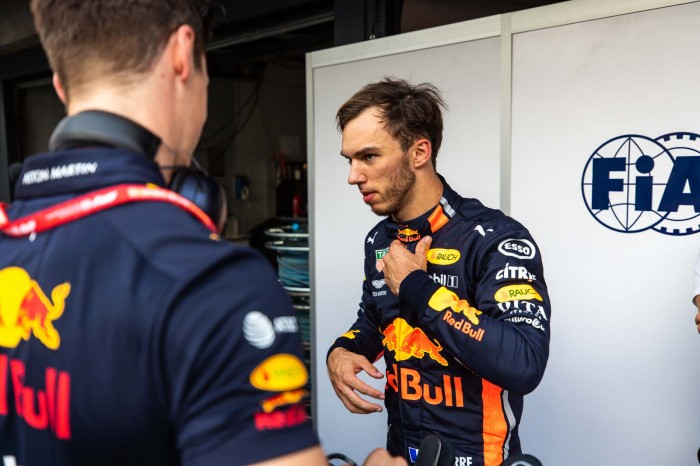 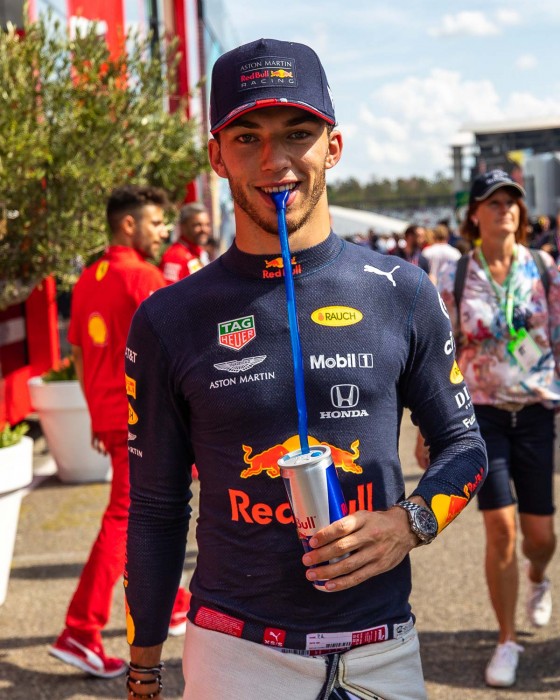 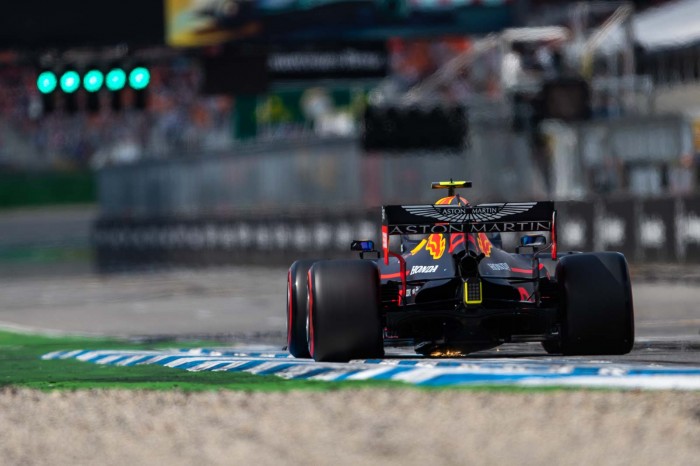