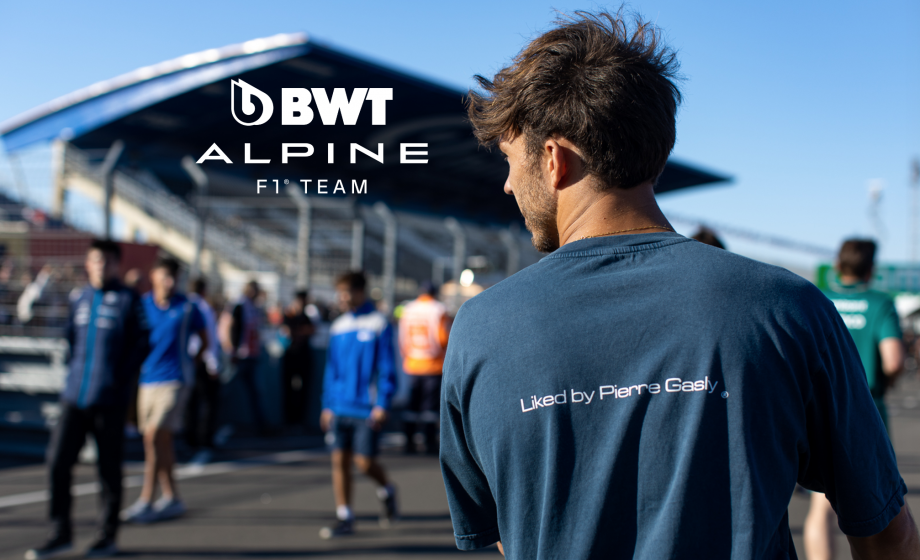 Pierre joins the ambitious BWT Alpine F1 team on a multi-year contract, forming the first all-French line-up in Formula 1 since 1995. This also marks the end of a 9-year collaboration with the RedBull family, without who Pierre wouldn’t have become the driver he is today.

While racing in Suzuka, Japan, this weekend the 26-year-old French driver announces he is taking the next step in his career and joins the French BWT Alpine F1 team. The team is currently fifth in the Formula One Constructor Championship and is demonstrating clear progress on its 100-race roadmap to reach the top and fight for wins and titles. This represents an important step in Pierre’s career and will allow him to combine his valuable 6-year experience in F1 with the Alpine Team’s know-how to create a very ecxiting partnership.

This also marks the end of the RedBull and AlphaTauri years for Pierre Gasly. It has been nine years since RedBull scouted Pierre and decided to support him through the young driver categories. Following a very successful career in junior categories where he clinched the Champion or Vice-Champion titles in each of the 4 series he raced in, RedBull enabled him to race in Formula One with Scuderia Toro Rosso from the 2017 Malaysian Grand Prix. The Formula One journey with Scuderia Toro Rosso, RedBull Racing, and Scuderia AlphaTauri went on for 6 years, with multiple podiums and a memorable win at Monza in 2020, the first win for the team in 12 years, and the first win for a French driver in 24 years.

Pierre Gasly: “I am delighted to join the Alpine family and begin this new chapter in my Formula 1 career. Driving for a team that has French roots is something very special. I know the strengths of Alpine, having raced against them over the past couple of years and clearly, their progress and ambition is very impressive. I wish to thank RedBull as this marks the end of our 9-year journey together. It is thanks to their trust and support that I became a Formula 1 driver, and what we’ve achieved with Scuderia AlphaTauri over the last years has been very special. Looking ahead, I want to give the maximum and utilise all my experience to fight for podiums and ultimately contribute to Alpine’s fight for championships.”