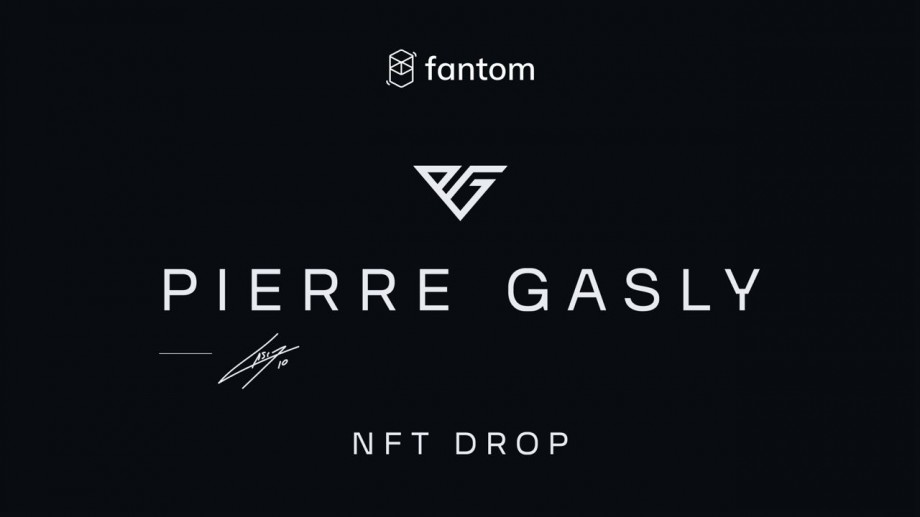 350 NFTs sold in 15 minutes, a final bidding war in the tens of thousands of dollars as the last minutes of auction ticked away for the first-ever NFT drop of an F1™ driver: these were some of the moments that marked the thrilling conclusion to F1™ star Pierre Gasly’s NFT sale on the Artion platform.

For those not already in the know, Artion is a newly launched NFT platform built by the Fantom Foundation, the team behind the fastest blockchain network in the world, Fantom. Last week, F1™ driver and Fantom partner Pierre Gasly dropped an incredible series of NFTs commemorating his successes in Grand Prix races across the globe. The sale featured four NFTs total: three unique NFTs sold at auction, and one edition of 350 NFTs for direct sale. All NFTs were redeemable for exclusive merchandise and experiences, like signed racing helmets, limited edition caps and t-shirts, and VIP meet and greet events with Gasly himself.

Though there were clear signs of tremendous interest prior to the sale, the event surpassed even the highest expectations. Two of the auctioned NFTs sold for almost $60,000 and the third went for $36,000. Following the extremely rapid sell-out of the direct sale NFTs, collectors found them reselling at 10X the price.

The success of the NFT drop owes much to the extraordinary popularity of the French driver Pierre Gasly. Equally important is the prominence that Artion is gaining as a premier NFT marketplace. Artion is powered by Fantom, the fastest blockchain in the world, which ensures 1-second transaction speeds and extremely low-cost transactions regardless of traffic on the network. To top it off, Fantom runs on a low-energy consumption, proof-of-stake network that offers users the satisfaction of knowing that their NFTs are green and eco-friendly.

Along with Artion’s overall ease of use, these characteristics make the platform an oasis for buyers and creators looking to escape the exorbitant fees and lags in transactions that are unavoidable on marketplaces built on other platforms like Ethereum.

The Pierre Gasly drop was the first special event on Artion, and its resounding success – measured in both the auction sale prices and traffic on the network – demonstrates just how well the Fantom based marketplace was able to entice both Fantom community members and the F1™ global fan base to the platform.

Looking ahead, Pierre Gasly has indicated that there is much more to come from his partnership with Fantom. Following the success of his drop, moreover, we should not be surprised to see more professional athletes/celebrities launch NFTs on Fantom.

Below is a link towards the content extracted directly from article on Yahoo Finance: