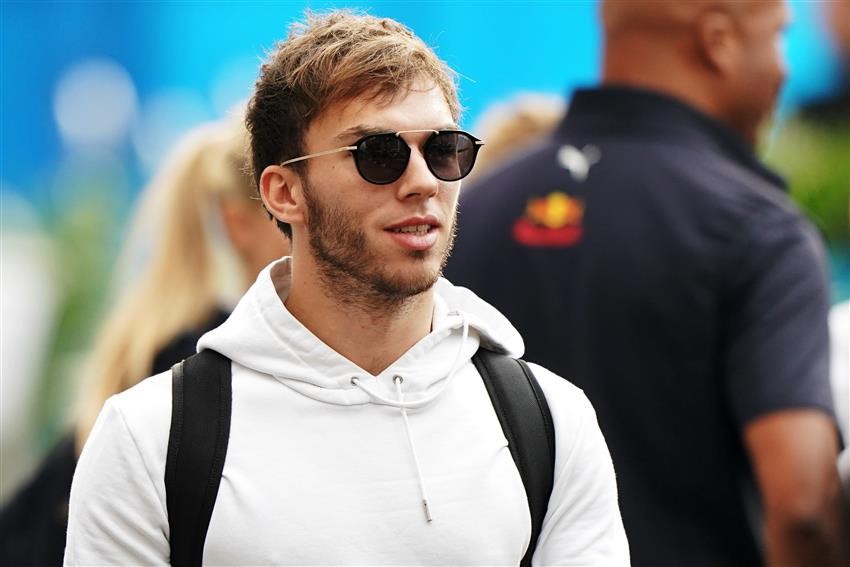 A victim of his success in qualifying, Pierre had to cope with a tricky race strategy, but drove without errors in Sunday’s Mexican Grand Prix to give Scuderia Toro Rosso his fourth points finish in six races.

The Mexican Grand Prix was not a walk in the park for Pierre, who was suffering an illness all weekend, something that forced the Scuderia Toro Rosso driver to miss most of the third free practice session. Despite this, Pierre extended his excellent string of successes, finishing in either 8th and 7th place in the three free practice sessions.

In qualifying, the ideal strategy was to get into the top 10 on medium tyres in anticipation of the race, as the softer Pirelli degraded very quickly on the Autódromo Hermanos Rodríguez circuit due to the altitude along with a track that is washed clean every day by showers, making the cars slide more than normal. Pierre and Scuderia Toro Rosso put their head down and, after an unsuccessful attempt on the medium tyres, they put on the soft rubber in order to get into Q3. A lot of their rivals didn’t use the soft tyre at this time as they did not want to start the race on them.

“Free practice went very well, we progressed a lot from one session to the next and I was confident so I could drive on the limit. We were very happy to get into Q3 for the 2nd time in a row and to see that the car was very efficient on this circuit. I knew that starting on the soft rubber would complicate the race, especially with four of our rival cars being on either the medium or hard tyre behind us on the grid! But I was ready to take on the challenge of trying to score points, because the team had prepared a very nice and efficient car and I was very comfortable behind the wheel”.

Pierre made a decent start and was 10th at the time of his first pit stop. He returned to the track in 19th place and came across traffic during the first half of the race. Once the track cleared ahead of him, he found an excellent rhythm on both the hard and medium tyres, which he put on on lap 50 of 71. Pierre was the fastest driver on both the soft and medium tyres and recorded the 6th fastest lap of the race. On the last lap, he took advantage of the fight between Kvyat and Hulkenberg, as well as the penalty imposed on his Russian teammate, to score points for 9th place.

“We were expecting a tough race and it was. But I did my utmost and am very happy to reward the team with these 2 points that could be very important in the championship. The conditions were different for the race, it was warmer, but the car was always competitive over the weekend. Starting on the soft tyres was obviously not the best option, but we are proud of our work and our performance in qualifying and getting the best possible race result under the circumstances”.