Pierre shines under the lights of Singapore 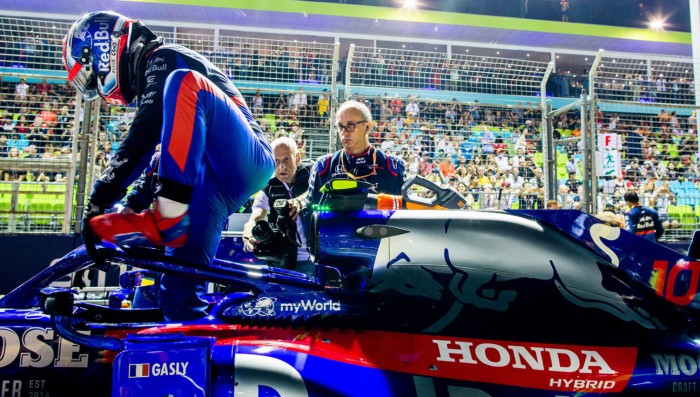 For his 3rd GP of the year wearing the colours of Toro Rosso, Pierre Gasly delivered a sensational performance and scored points for a superb 8th place finish.

Singapore is a unique challenge on the Formula One World Championship calendar. Heat and high humidity make the event exhausting for the drivers and their cars, while the 23 turns of the Marina Bay circuit impose more than 4,500 gear changes during the race. The duration of a pit stop here, which is longer than 31 seconds, is also a record for the season and does not forgive strategic errors. Therefore, preparation for Singapore's race is particularly important, especially when the arrival of the safety car during the race is a common occurrence. This is because the layout makes overtaking risky and it is easy for drivers to make a mistake.

Running on the momentum from Monza, Pierre had a good free practice and moved out of Q1 with the 9th best time before securing P13 in Q2. From there he moved up two places to 11th on the grid after penalties were applied to Ricciardo and Pérez.

“We knew the fight behind the top teams would be very close. We only missed Q3 by a tenth of a second compared to Hülkenberg’s Renault. So, it was a little frustrating, but the good thing was that we made the most of our package. Starting 11th, we were able to choose which tyres to start the race on and reflect on an original strategy to try and stand out from the others and be able to take advantage of any opportunities that came our way. Our strategy was aggressive and to make it work I had to have a clean race, without any errors or trouble”.

Pierre was into the top 10 on the first lap of the race and cleverly waited behind some rivals to overtake them when they came in for their pit stops. He was soon up into 2nd place before he had to change his tyres halfway through the race. Back on track in 16th, he recorded the 2nd fastest lap of the drivers who used the medium tyres and fought his way back up into the top ten, including a brilliant move on the Haas of Kevin Magnussen. He eventually finished 8th, behind the 3 top teams and the McLaren of Lando Norris, and also in front of Nico Hulkenberg’s Renault.

"I loved the race, especially the last part when I attacked and passed several cars to get to 8th place! The first half went well, the car was fast and agile in the corners and it was very cool to race in 2nd position! Unfortunately, when the safety car came out, I lost four places. I then threw all my strength into the battle to overtake Kimi then Magnussen and Stroll. The race was difficult, but the team managed the pit stop and our strategy very well. It’s great to reward our efforts with these 4 points, which are very valuable for the championship, because it is very tight in the middle of the championship! Every weekend is better than the one before, and it is necessary to continue this progression during the next races to obtain the best possible results for the championship”. 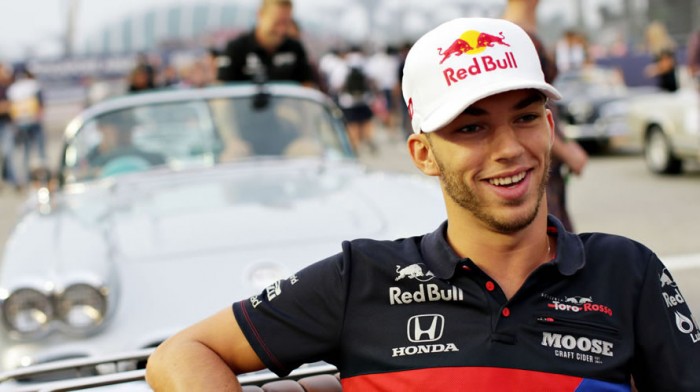