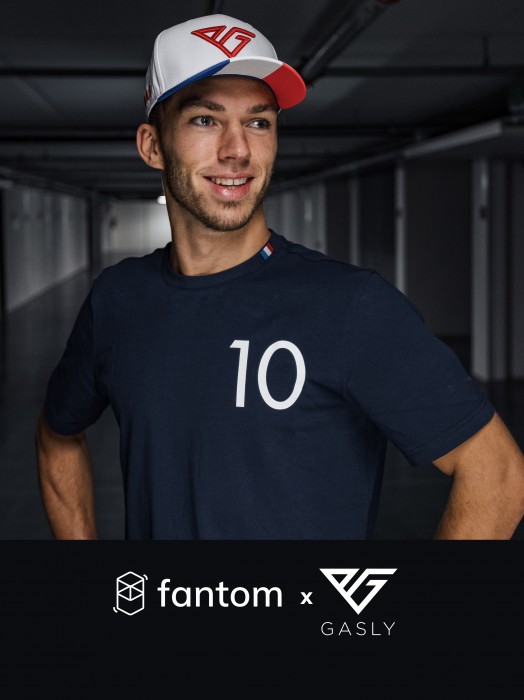 The Fantom Foundation and Quantum FinTech Group are pleased to confirm that they will be partnering with Pierre Gasly for the 2021 FIA Formula 1™season.

Fantom is a decentralized network built on blockchain technology with the ability to run complex smart contracts, pieces of code that make up decentralized applications, also known as dApps.

Its unique characteristics make Fantom ideal for payments, decentralized finance applications, supply chain management, authenticity tracking, and much more. In short, Fantom can confirm transactions in a couple of seconds with almost-zero fees and therefore is the first blockchain platform ready for real world adoption.

Pierre’s partnership comes at an exciting period of growth for both the foundation and the wider group, with many of the leading crypto dApps - such as SushiSwap and C.R.E.A.M now deploying in Fantom.

This had led to a radical rise in network activity, with transactions increasing by 500% over the past three months. As well as this, the technology has also been implemented in several government digitization programs across the Middle East.

The Fantom Foundation, the company that's building Fantom, was founded in 2018 and recently reached unicorn status, valued at over $1billion. The team comprises engineers, scientists, researchers, designers, and entrepreneurs who share the same vision of early believers in blockchain and distributed ledger technologies.

Entering his fourth full Formula 1 ™ season, this is an equally exciting time for Pierre. Since his debut in 2017, Gasly has earned two F1 podiums – including a spectacular maiden win at Monza in 2020. Pierre is not only Scuderia AlphaTauri’s all-time top point scorer, but a fan favorite, securing the ‘Driver of the Day’ award, voted for by F1 fans on multiple occasions.

On the new partnership, Pierre Gasly commented: I’m excited about this partnership between myself and Fantom. I’ve been interested in cryptocurrencies, the economy and stock markets for quite some time and after meeting Harry (Yeh - fund manager at Quantum FinTech group) and hearing his vision for Fantom, it was clear this partnership would be a great fit.