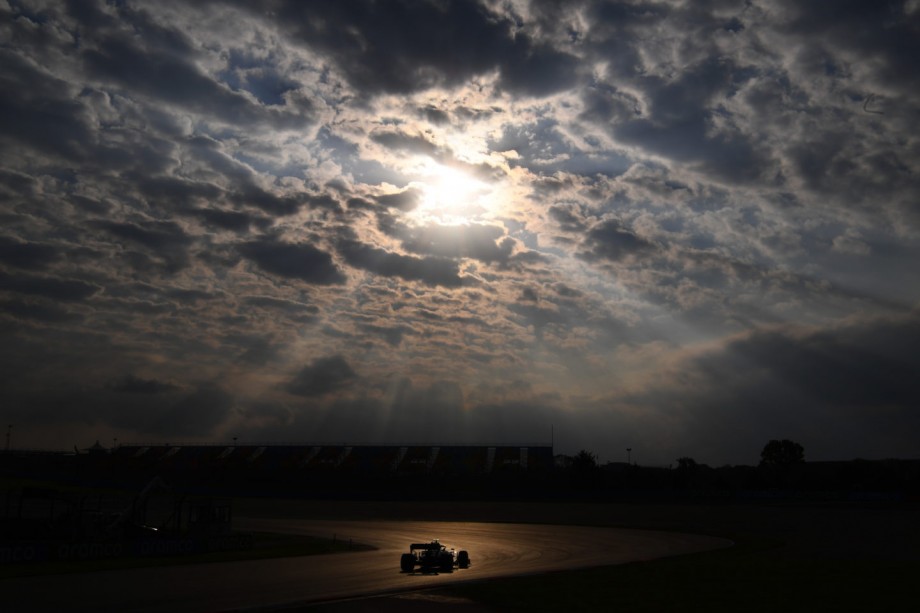 “The whole weekend was really bad for us. We had very poor performance on the wet tyres yesterday, and with today being wet again, we knew we were going to struggle massively.

BEHIND THE SCENE WITH PIERRE HAMELIN

PIERRE GASLY STILL IN THE POINTS

Project Istanbulls is OUT.🎥 A lot of fun discovering Istanbull shooting for this @alphatauri project. I hope you’ll enjoy!☺️ Link in bio for the full video.

2020 Monza mini helmets arrived!🏆 New addition at home.🔥 Link in bio to get yours. @teamgasly

One year ago. First F1 podium.🇧🇷💛 Amazing emotions, still remember it like if it was yesterday. Sad not to go back there this season...

Been very fun to drive in such conditions! Nevertheless, very disappointed with our performance this weekend. We never managed to make the car work on the wet. We gotta do a lot better, and we will work for it. 3 more races to go. Congrats to @lewishamilton on his 7th world championships!! Incredible achievement!!👏🏼🏆

Got the smile, it’s race week!😁 Excited to discover Istanbul track for the first time, let’s get started!!🇹🇷

Suited & booted for next weekend...⚔️ 4 more races to go!! 2 new tracks, plenty of opportunities, it should be an exciting end of the season.

That one hurts... sad to retire after running in 5th position for our home race. Big opportunity missed today but still happy for the team & @danydk1 for this awesome result.

4TH, nice treat today!!🎃🎃🎃 Best qualifying ever, happy to put such a lap in Imola. 2nd row for tomorrow!! Lets do it team @alphataurif1

Tribute to Ayrton this weekend.💛 Remembering one of my idol with this special helmet. Legends are never forgotten. #SennaSempre @oficialayrtonsenna

RACING FOR ALPHA TAURI IN 2021! 1 podium + 1 race win means we keep going with my boys at @alphataurif1. I will give my very best to bring success to these guys. One more year in white! The best is yet to come.

TOP 5 TODAY!! We will never stop pushing👀 Thanks to my amazing guys for giving me such a car. I had so much fun out there!! Next Imola!🇮🇹 Congrats to @lewishamilton for making history again!

Big shout out to my guys! @alphataurif1 Rebuilt a whole new car overnight, and we made it to Q3 today. Amazing job - Thanks boys!

Pierre partners with the French racing team ‘Tech1’ and win the Eurocup Formula Renault 2.0; becoming the youngest ever champion in this prestigious category.

Pierre is confirmed as a Red Bull Junior Driver.

He races in Formula Renault 3.5 with the English Team ARDEN.

He concludes the season with the Vice-Champion and the best rookie titles.

Pierre steps up to GP2 this year (now called F2), He is part of the DAMS racing team.

During his first year at this level, he finishes 8th with 4 podiums.

The following year, Pierre makes the bet of joining a new-coming team in GP2 series, the Italian Prema Power Team. Winning the GP2 title is the clear objective.

With 4 wins and 2 additional podiums, he cliches the title in Abu Dhabi, the last race of the season.
However, this did not take him into Formula 1 the following year.

Formula series. After an incredible season, competing with many experienced drivers, Pierre misses the title by only half a point after the last race was cancelled because of a typhoon.

He choses the number 10 as his Formula One permanent number.

He is finally retained by Toro Rosso for the rest of the season.

Pierre is confirmed at Toro Rosso for the entire F1 season. He scores his first Formula 1 points in Bahrain, offering Honda their best result since their return as an F1 engine manufacturer in 2015. He also scores the 7th place points in Monaco and the 6th place ones in Hungary.

On August 20, 2018, Christian Horner announces his promotion to Red Bull Racing, alongside Max Verstappen, for 2019.

He ended up fifteenth in the championship with 29 points.

Pierre is confirmed alongside Max Verstaeppen at Red Bull Racing for this second full season in F1.

During the summer break, his results deemed insufficient by the team, Pierre left Red Bull Racing to return to Scudéria Toro Rosso, with which he would make French sporting history a few months later.

He will indeed be the youngest Frenchman to climb on a Formula 1 podium, taking 2nd place in Brazil, after a neck-to-neck Finish with Lewis Hamilton.

2019 will undoubtedly be a year apart sportingly, but also personally, since it will also be marked by the tragic disappearance of Antoine Hubert, one of Pierre's best friends, at the GP of Spa Francorchamps… 1st GP of Pierre under his new Toro Rosso colors!